In the past couple of day’s Twitter announced it was considering removing inactive accounts. In Twitters thinking, if you aren’t using the account, someone else should have the opportunity. The original announcement from Twitter, was simply that they were going to enforce the existing policy about inactive accounts. However, after the Twitter base found out, they made sure to tell Twitter their opinion, and it wasn’t good. Decision is now reversed by Twitter, after heard from its base, at least for now. Here are the details….Twitter Wont Remove Inactive Accts – For Now 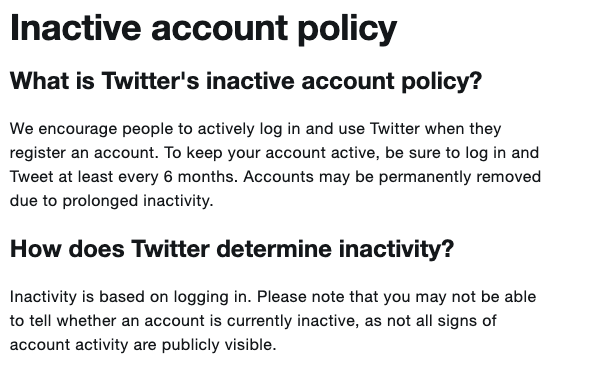 In essence, users that had not logged in for a while, they would need to log in by Dec 11, 2019 or their account would removed. However, there is something that Twitter apparently didn’t consider until users got involved, which is what about accounts of those who have past away. 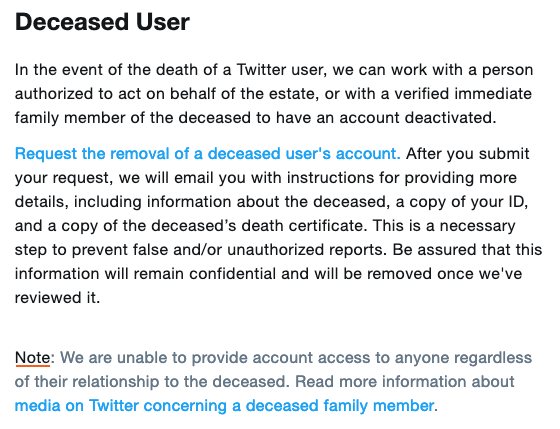 And after hearing from a large portion of the user base, Twitter has now sent out an update where they list that they “will not be removing any inactive accounts”

We’ve heard you on the impact that this would have on the accounts of the deceased. This was a miss on our part. We will not be removing any inactive accounts until we create a new way for people to memorialize accounts.

So at least for now, inactive accounts are safe.  When Twitter finally comes up with a way to memorialize accounts we will share that info.