How To: Keep iOS Screen From Auto Dimming

There is 1 “feature” (and I use the term loosely) in iOS that just drives me and most users we support insane. The feature involves iOS automatically adjusting the screen to the brightness around you. I can assume on paper it sounded like a great idea, but in reality it is one of the most annoying things in iOS. For those who want to stop iOS from automatically adjusting the screen brightness, todays post will show you how to Keep iOS Screen From Auto Dimming

I guess I can get the idea behind the feature, since the brighter the screen on your device is, the more battery you use. So the idea, use the built-in camera to sense how bright it is where you are, and if it’s bright where you are, the screen can do darker. The reality is most times your screen ends up looks like this (the black box below is an actual darkened screen on iOS) 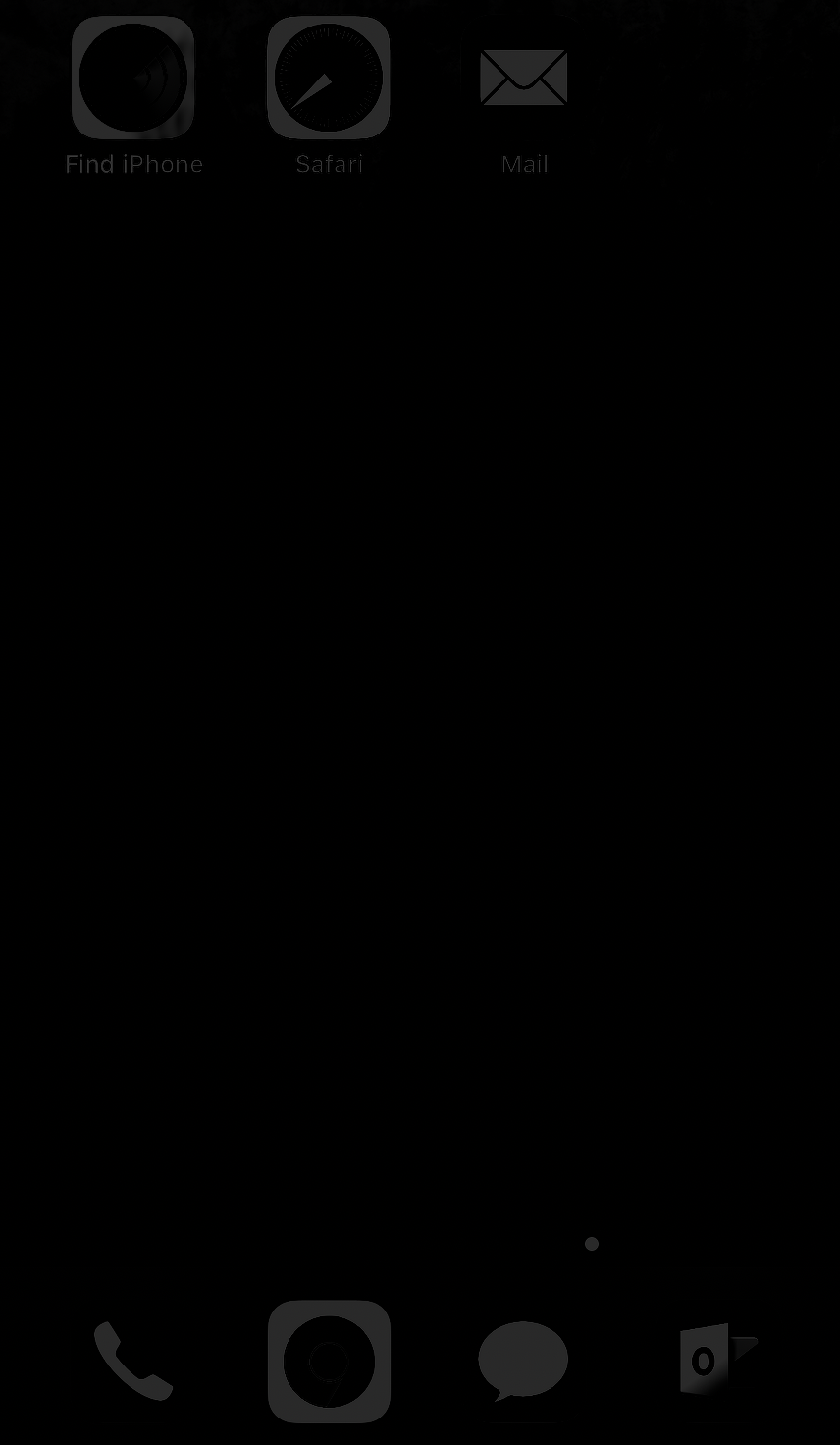 Worse off, there are times when the brightness would not recover once dimmed and how do you see what you are doing.

So you want to turn off Auto-Brightness. If you are reading this post, it’s probably because you have looked in all the logical places, on your device, you would assume that setting to be and could not find it. That is because the wonderful developers at Apple put the setting in the most obscure place possible.  Here is what you need to do to turn off Auto-Brightness 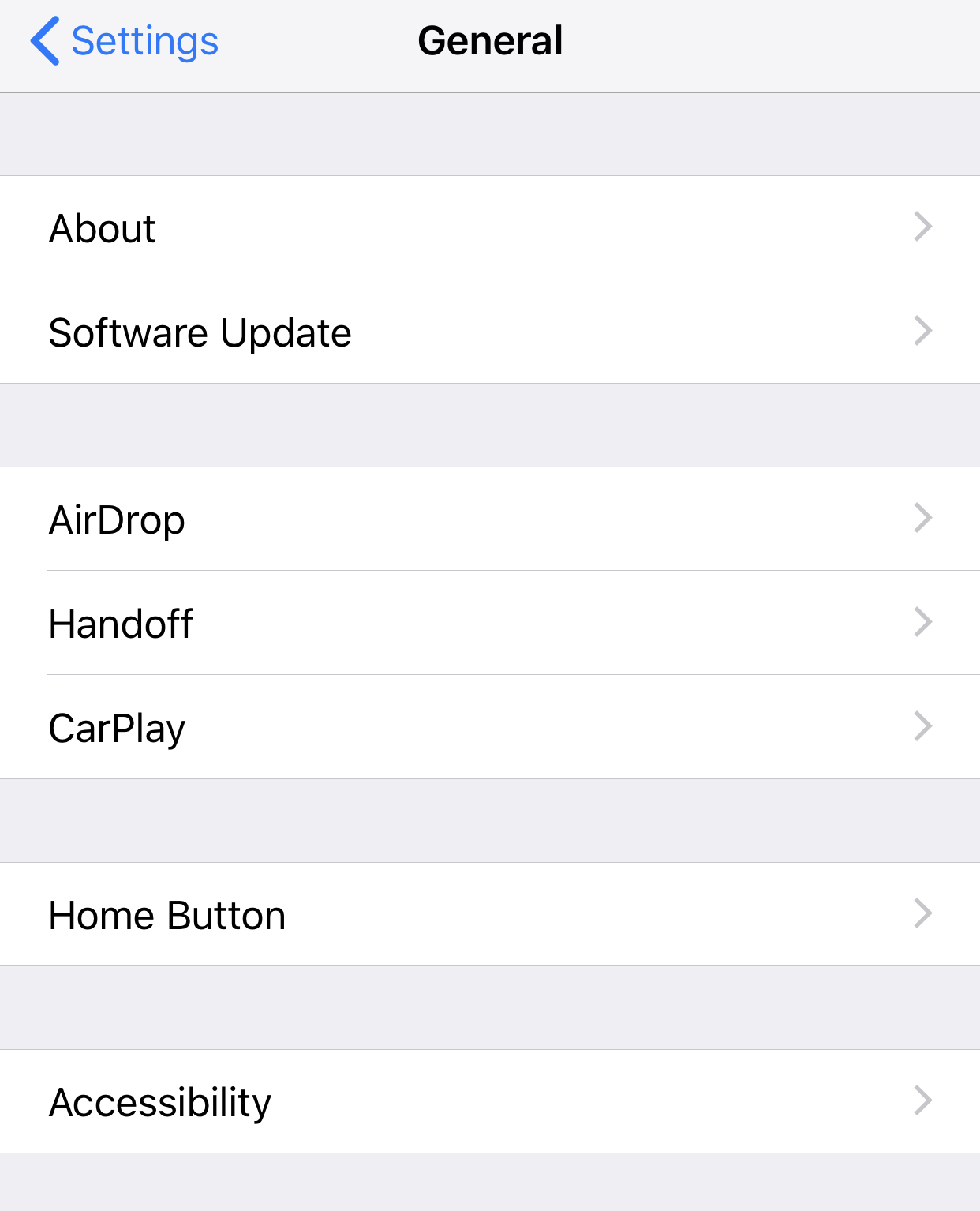 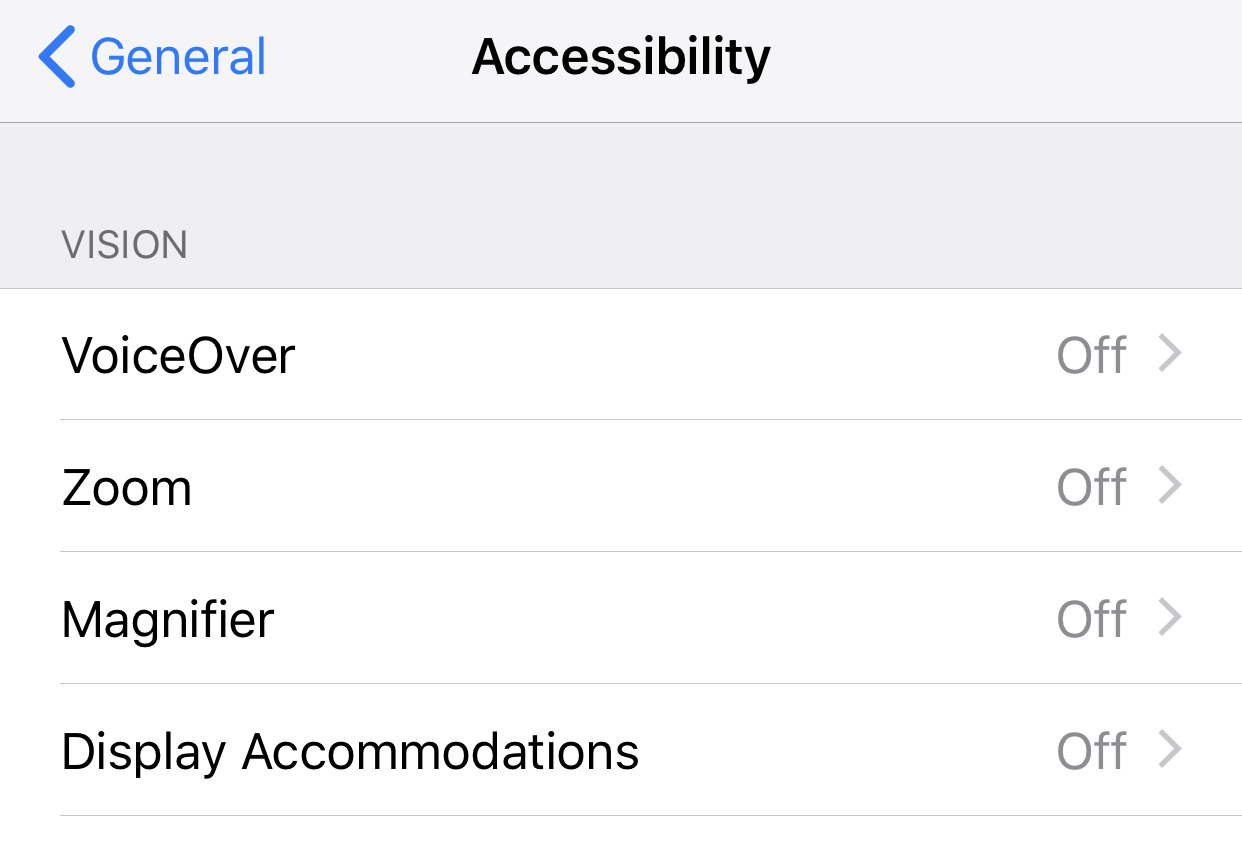 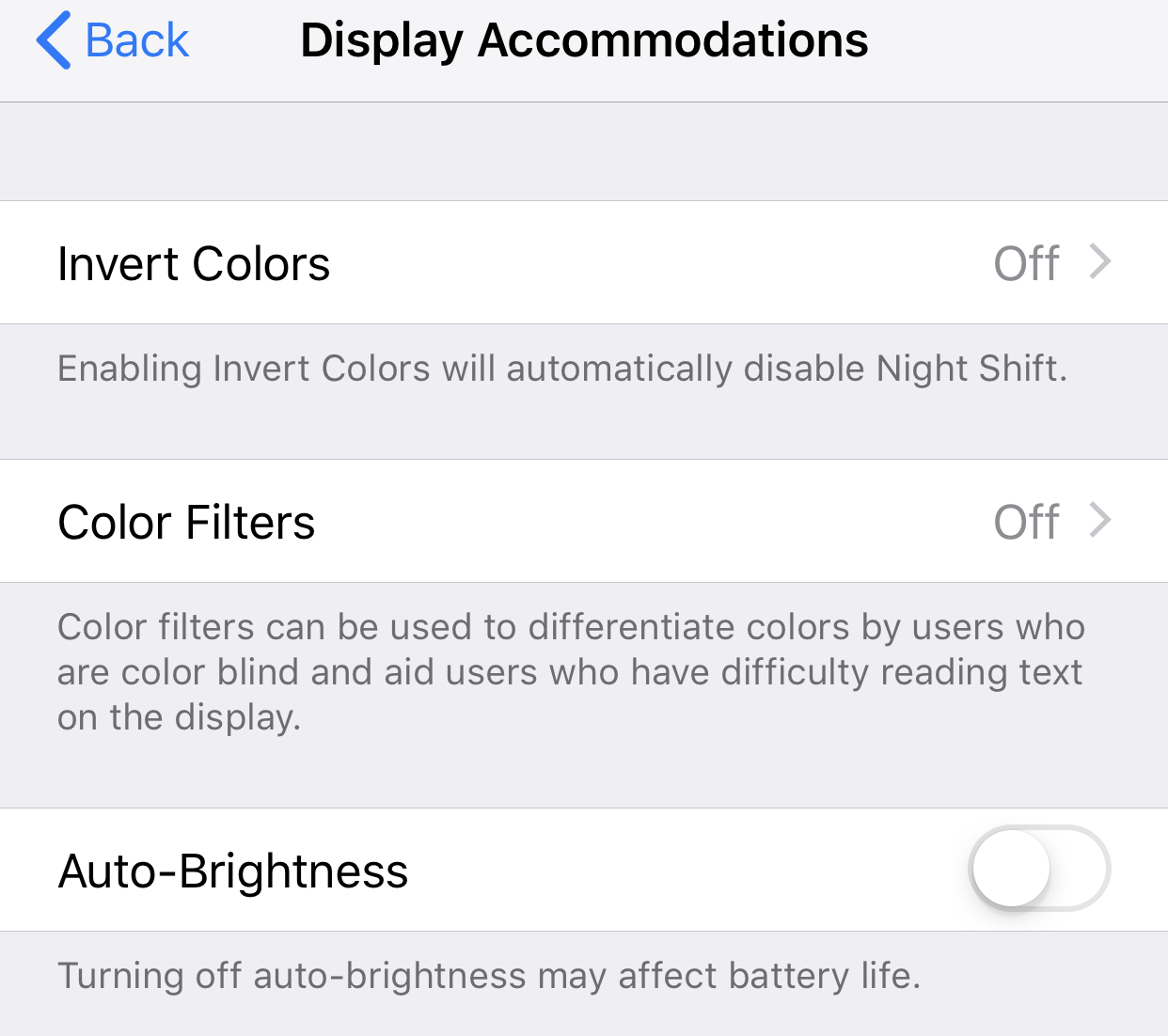 Why they would put the auto-brightness setting the display accommodation area, that’s a good question. These steps will turn off Auto-Brightness for you.

Tagged with: Apple, auto-brightness, How To, iOS, iPad, iPhone